How can we preserve the memory of the city through our monuments, while making space for new life and growth? How can technology allow us to experience a monument more fully, introducing us to its living history, and helping us imagine its future? In this design studio we apply these quandaries to the Tanjong Pagar Railway Station, a Singaporean National Monument sited at a crucial junction for the future of the Singapore Greater Southern Waterfront.

Today Tanjong Pagar Railway Station (TPRS) sits behind scaffolding, unvisitable as a mass rapid transit (MRT) line and station are built underneath the national monument. When it was completed in 1932 it was a symbolic node in a British colonial rail network linking the Federated States of Malaysia and the Straits Settlements of Singapore. For 80 years the station was the terminus in the primary transport line between the Malay Peninsula and Singapore. Though Singapore gained independence from Malaysia in 1965, the Tanjong Pagar Railway Station and its railway land were not transferred over to Singapore till 2011. Today the station and its surroundings are planned to be redeveloped: the rail corridor will be transformed into a park, an MRT station is being built below the station, and the adjacent port is on the verge of being redeveloped as part of a waterfront district.

How can we reframe the memories this building carries of a colonial past, of connections to Peninsular Malaysia? How can we re-use this building as a cultural centre thanks to (or despite) its central position in the public transport network, park corridor, and the future Greater Southern Waterfront/downtown axis?

In collaboration with our partners at NHB and SLA and renowned technology company Dassault Systemes, we will create a virtual experience recreating historic Tanjong Pagar Railway Station. Dassault will support our students with extensive trainings in CATIA, 3Dexcite and the 3Dexperience platform. Dassault will also join us in working on the model and support our efforts throughout the semester. Here are some examples of how internationally prominent architects use Dassault Systemes software:

Let us imagine Tanjong Pagar Railway Station in thirty years time: the Greater Southern Waterfront is a booming new cultural/business district with a vibrant arts scene. The gateway to this new district is the TPRS, with most visitors alighting at the Cantonment MRT station directly below the historic tracks. Above the historic tracks of the railway station are a cluster of tall and slender towers, at their highest levels a continuous stream of aerial vehicles enter and exit the TPRS Skyport: the central node in the Batam-Singapore Aerial Metro.

The first design problem of the semester takes on this 2050 scenario for Tanjong Pagar Railway Station: our students will be tasked to introduce the urban massing for the new towers while respecting the heritage of the national monument. Students will work in groups to create a series of data-driven mappings and massing options. (See Module 1) 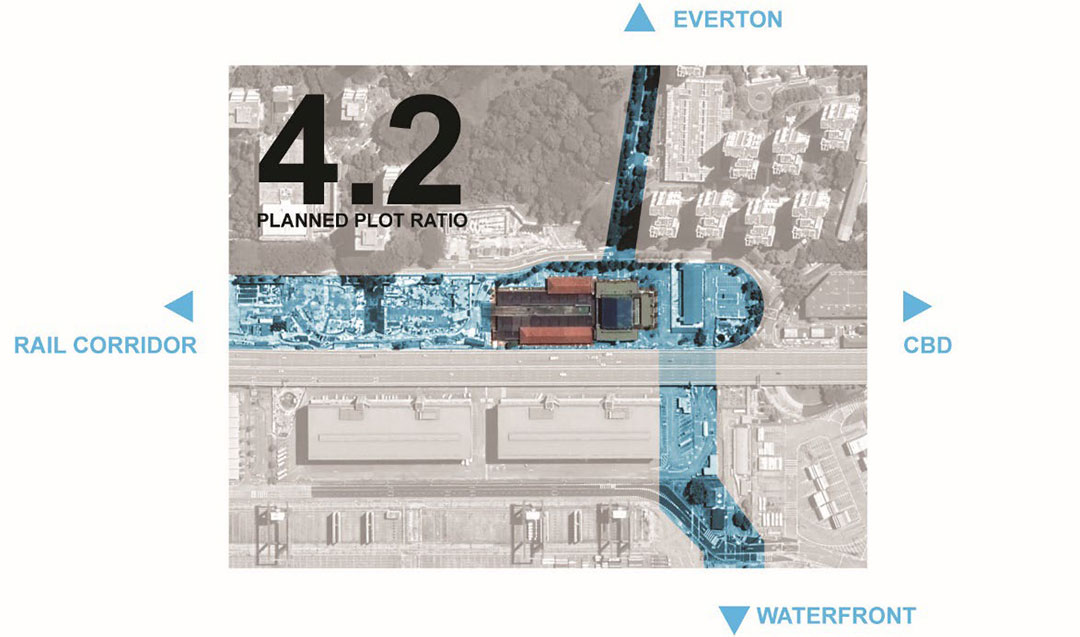 The year is 2025, and Cantonment MRT station has just opened. Climbing up the stairs from the MRT station passengers pass through the historic tracks of TPRS. Continuing forward they pass through the main hall of the historic station on their way out to the city. At the centre of the main hall of TPRS a new pop-up museum has been constructed, housing a group of key historical artifacts, inviting visitors to remember the history of Singapore and imagine its future. A second pop-up pavilion is located in the green square in front of the station. Together these pavilions announce the arrival of a new cultural event in the city: the reopening of the National Monument. Partnered with the galleries of the adjacent Tanjong Pagar Distripark these pavilions provide a new cultural anchor for the area, hosting shows, festivals and biennials.

In a second design problem students will design a pop-up museum exhibit for the interior of the TPRS main hall and front green. This design should present a futuristic contrast with the historic building, while conforming flawlessly to the flow of people (and their gazes) as they move through the busy public space of the main hall. The 2050 circulation study should inform the design of the pop-up museum. The pop-up museum must provide prominent display space for 3 key artifacts chosen by the students, and must provide a visually stunning access from ground level to the second level of the TPRS (proposed as museum galleries.) (See Module 2)

Artifacts: Choose two contrasting artifacts: one image of an artifact from Singapore’s historic past and one artifact from Singapore’s future – as you imagine it. The suggested theme is transport, or re-presented/virtual reality. Future artifacts can be chosen from any source and may include future transport devices (drone, air-taxi, hyperloop), virtual reality devices (headsets, brain-computer interfaces), or other. Past artifacts should reflect a means of mobility, or a tool or method of seeing/ representing the world. (For historic artifacts see https://www.roots.sg/learn/collections/ and https://sgfilmlocations.com/map/ )

Collage: Create a fictional image by collaging contemporary and historical images of Tanjong Pagar Railway Station, and its surroundings with your artifacts. The purpose of the collage is to draw meaningful, thought-provoking contrasts between forgotten histories and imagined futures. Anticipate the atmosphere and forms that will enable you to highlight the heritage of the national monument and its possible futures within the city.

Text: Describe the past and future of transport (or representation) in Singapore, and the role of TPRS as physical memory for the city, and linchpin for its future growth. Emphasis on oppositions or dilemmas between past and future. Maximum 200 words.

Urban Massing: Each group to generate 3-4 1:2000 massing variant to provide 151,200 m2 of the area on the site. (36,000m2 site area x Plot Ration of 4.2) (3m F2F) (massing not to be program-specific) All variants to be 3d printed. Diagrams explain primary concerns behind massing – URBAN WALL, SHADOW PATTERN, POROSITY, VIEWS TO/FROM the national monument.

Future Circulation Diagram: For your massings produce a ground-level site plan showing existing TPRS plus the vertical circulation cores of your buildings. Diagram patterns of pedestrian flow from towers and MRT through the site and connecting to adjacent areas of the city.

Artifacts: Return to your artifacts from the week 1 collage and reproduce them in the virtual environment. Introduce a third hidden artifact.

Flows: Based on your anticipation of future flows of people within the TPRS Main Hall and Front Green develop a circulation path for 2025. Within the designated 12m x 9m area in the main hall bring visitors up and bridge across to second level (+4.7m), and further up to the level of the murals (+8.7m). Describe via a series of flow diagrams for both areas.

Frames: Within the designated areas in TPRS Main Hall and Front Green locate your artifacts and flows. One artifact must be visible from all four entrances, one must draw the visitor to the second level, and one artifact must be hidden (only visible from a specific point). Begin to insert solids and surfaces to define spaces, frame views, and suggest circulation surfaces like corridors, stairs, and ramps. Decide where to puncture interior façade of the main hall. (Diagram as a series of views from different points, blocked or framed by simple surfaces.)

The distribution of artifacts and forms in the space should begin to tell the heritage/modern story you imagined in your initial collage.

Form: Design a formal language for your pavilions. This formal language can be a constructional kit of parts, or a series of related forms. Pavilion must be designed to be temporary – to last between 2 and 20 years. It must bring visitors prominently to the second level. It must display the three historical artifacts that tell a story about the past of Singapore, TPRS, and the future.

Your project will be radically recyclable – it should be designed to be disassembled, and to express its disassembly via an aesthetics of the hyper-discrete. In this exercise, each student group will consider how the design concept they propose can be made up of different pieces, and how those pieces can come together and be taken apart. Develop an aesthetic linked to ideas of the recyclability of building materials.

Deliverables: (To be assigned at midreview)

Giedion, Sigfried, Jose Luis Sert, and Fernand Lager. “Nine Points on Monumentality” in Architecture You and Me: The Diary of a Development. (Cambridge, Mass., 1958)