The studio takes on the challenging task of rethinking the area that circles around “South China Sea”, its geopolitical and material ecology through the reconceptualization and design of large scale infrastructures and localized-material assemblages.

The South China Sea is the central core of our testing ground, an area that has multiple designations given by the various sovereignties that claim it. Its boundaries arise amidst the shorelines of China, Taiwan, the Philippines, Malaysia, Brunei, Indonesia, Singapore and Vietnam. Within its 3,500,000 square kilometres it contains no more than 15 square kilometres of land distributed within no less than 250 islands, atolls, cays, shoals, reefs, and sandbars; some seasonally submerged, others permanently underwater; some in continuous state of mutation, growing, solidifying. The SCS carries a tremendous strategic importance owned to the fact that one-third of the world’s shipping passes through it carrying over $3 trillion in trade each year; it contains fisheries that are crucial for the food security of millions in Southeast Asia and, it has huge oil and gas reserves -believed to lie beneath its seabed.

Issues:
Environmental_ perennial disputes among 6 countries over its ownership; huge environmental impact of dredging activity of site, destruction of coral reefs on site; subduction + low salinity of the water; weakened buffering capacity to strong typhoons Geopolitical_ being one of the most important slocs in the seas on the one hand, and given the ambiguity of both, its morphological thresholds and masses dusting its waters on the other, this site has been subject of historical disputes over its sovereignty. These disputes are increasingly becoming one of Asia’s most potentially dangerous point of conflict, one with a political domino effect that could surpass by large the immediate region, creating new territorial alliances and hierarchies within the worldwide power structures. This term the studio will have 5 leading paths within 5 different geographic locations:

We will read the (in)tangible lines drawn by geology, energy (resources) and politics and map the invisible, describe the submerged, uncover the concealed … in doing so we will design a future: the fictional context within which these precious 15 square kilometres are contained. Among many possible scenarios based on the hastening events taking place now, ours will choose to be situated within the polemic, evidencing the studio’s provocation.

“science fiction is the realism of our time”.Designers are in this course strategists, writers, conceptual and morphological explorers. Influences of the lab are the politically driven fictions (such as that of the Russian Cosmists, the Xeno-femminist, the Accelerationist), any “hyperstitional” narrative able to re-invent the present, by having the courage to reimagine-and-live right here and now, the possibility of an-Other future. To design in the course is to map and bring out layers of “controversies”, to form an alternative milieu whence a new reality could germinate. What emerges at the end of the course, we hope, are works that are politicized at core, designs that have the courage to look onto posthyper- anthropocentric scenarios and that give now hopes to one primary mission: liberating thought from the enslaving forces that makes it a victim of its own incapacities, and with such liberation imaging new forms of living together on earth, and possibly in a future, in one of its distant horizons.

We move into the space of reconceptualization of the very core of nature by challenging philosophical positions that take for granted a benevolent nature, and that from such position move towards the representation of the environment and its naive re-naturalization forgetting that the environment is not to be joyfully used, but that in order to live on this blue marble, it is something to be redesigned. One has to loose the trivial gaze upon things and embrace that things, and that nature as the actual set of all things, is constructed by social and political, material and ideological forces —that are to be studied and in-taken at the beginning of each design venture. Fiction will by the studio be developed as ecologically driven abstraction, because as Reza Negarestani put it:

“terrestrial thought and creativity must essentially be associated with ecology, but an ecology which is based on the unilateral powers of cosmic contingencies such as climate changes, singularity drives, chemical eruptions and material disintegration. Any other mode of thought basking in the visual effects of Earth as a blue marble or the Sun as the exorbitant flame is but submission to heliocentric slavery”
(Reza Negarestani, “Solar Inferno”).

The studio aims at implementing “ecological infrastructure” as the main vehicle to introduce new narratives within the territory’s interstices, envisaging strategies that will dwell on issues of connectivity, political-geographical adjacencies and temporal conditions.

We aim at crafting para-consistent fictions by tweaking some of the constitutive elements of a specific/given reality that is selected as study case. This means not to take reality at a distance and so to swim in a comfortable and frictionless space, rather that any design must be forced into a given reality and that by fermenting and developing between the constrictive regimes of such reality, it forces a new reality out; design is neither adherence to reality nor its radical denial but a rewriting of the inner mechanism of a specific reality. ‘A reality’ is taken and analyzed with political, environmental, social and physical-material lenses in order to reconstruct a model of its constitutive cores oftentimes hiding in plain sight – too complex to be fully captured by a plain gaze, or too intrinsically part of the phenomenological framework of each thought. Crafting tools for ab-straction does the job of distancing thought from its “givens”, allowing it to construct, together with other thoughts (in a team, a commune, a society) new, and conceptually uncompromised futures. 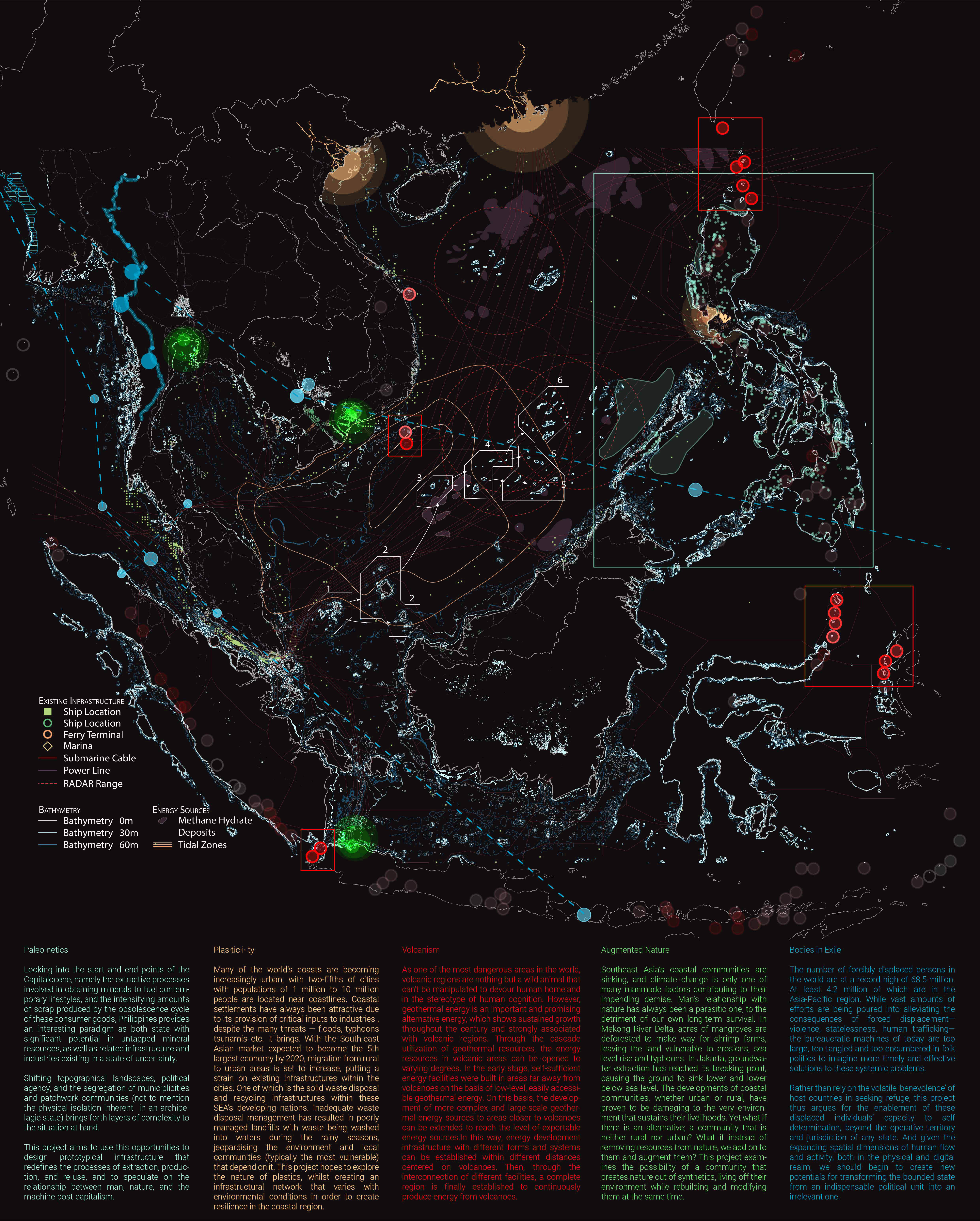