Plasticity takes on the issue of sustainability in face of rising sea level and plastic waste.
The world’s coasts are increasingly urbanised, with populations of one to ten million people located near ocean coastlines.

Coastal settlements have always been attractive due to its provision of critical inputs to industries. However, inadequate waste disposal management has also, unfortunately, resulted in the pollution of our seas from many of these cities.

Clara Chow Khoi Rong’s project aims to employ plastics found in rivers; to mechanise the landscape to collect them, in order to allow for the building of a plastic-city that is resilient to adversities of climate change in the future.

Clara’s project was also awarded the top 10 in Virtual Design Festival organised by Dezeen.com, a prestigious global design website that features the best Architecture and Design works around the world. 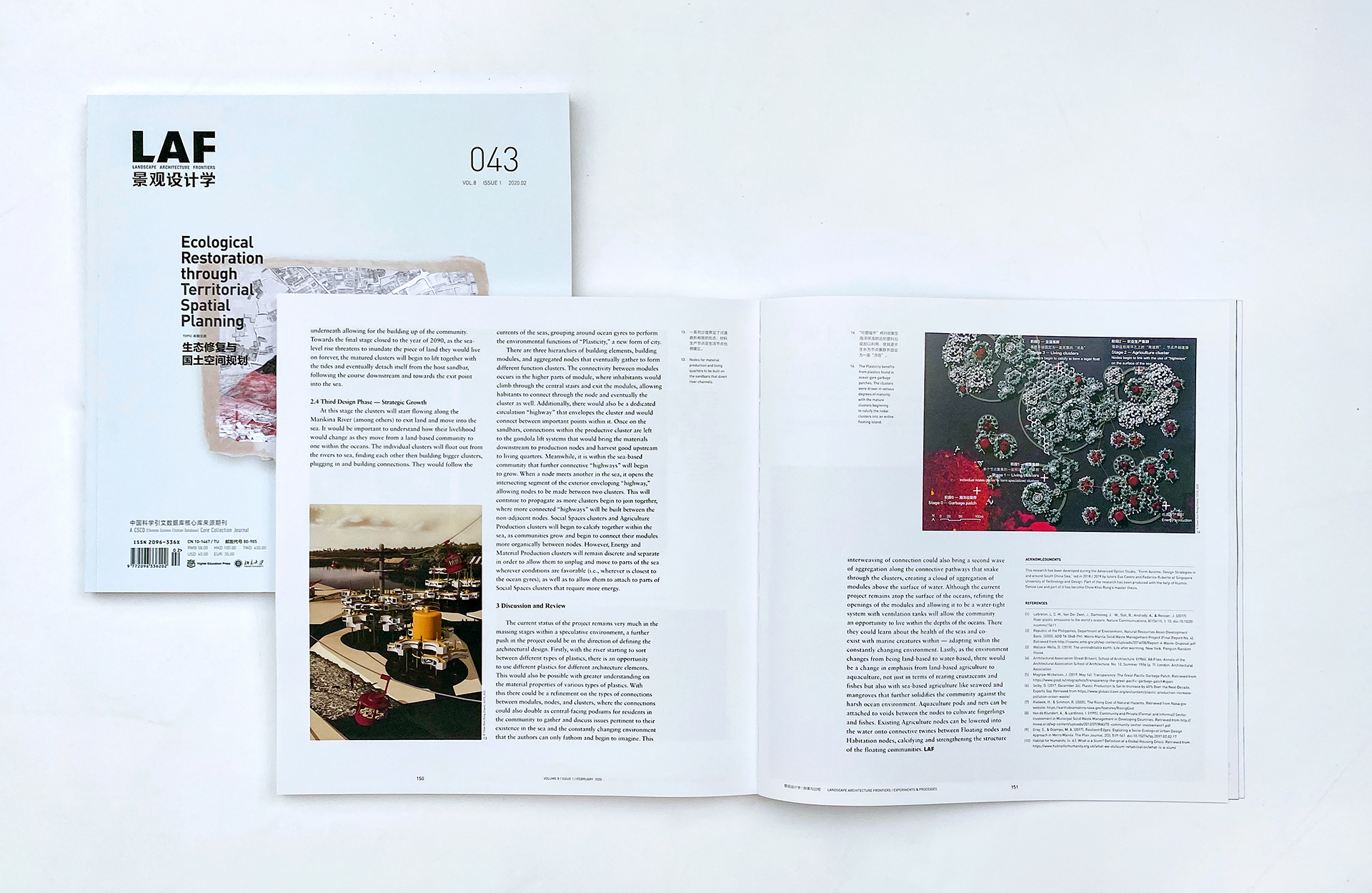 Click here to read the article in PDF format.