The main focus of the project is the nature aspect of Gifu. This includes the forests, as well as the mountains present. The aim was to repurpose the ex-prefectural office into a research facility that can be used to educate the public on the different forest ecosystems in Gifu, as well as provide them with a space that they can use as a community. In the research of Gifu City, the places for potential collaboration, education, museums and parks where pinpointed out. With the addition of this new facility, there will be greater connections between the pinpointed sites, even creating a loop where the facility can act as the starting point and ending point. The building itself was inspired by an interesting fact of Mount Kinka having a climax forest that has reached a steady state in its ecosystem due to the different sunlight requirements of the trees present. In the east wing, open spaces were created to allow sunlight in, as well as provide a clear view of Mount Kinka. In the west wing, the spaces are more closed off to sunlight, creating a series of smaller spaces that can be used in the absence of sunlight. 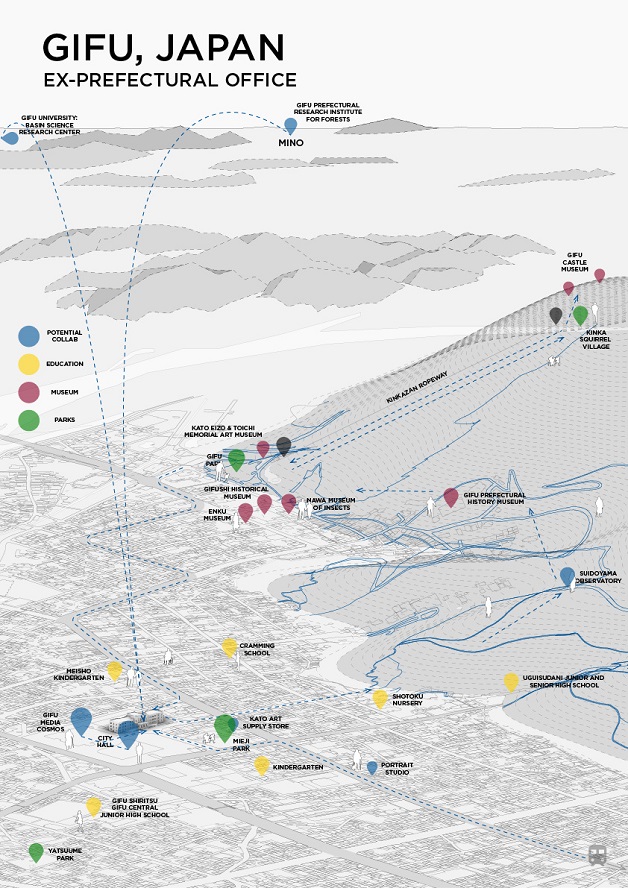 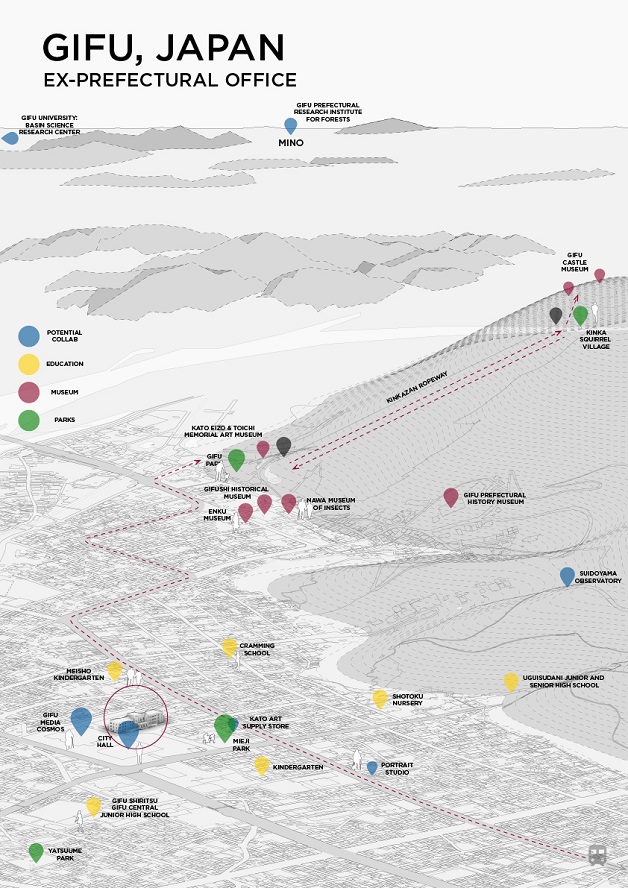 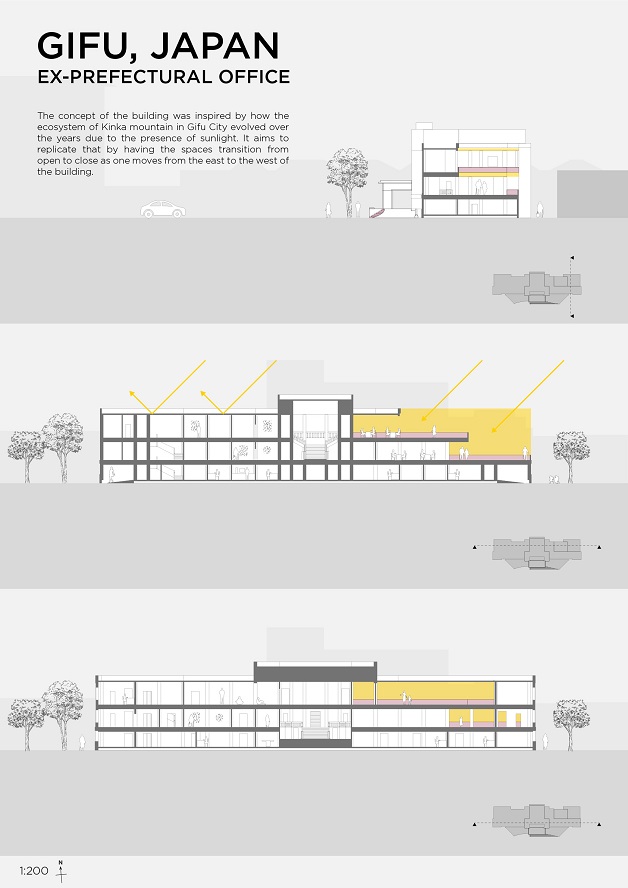 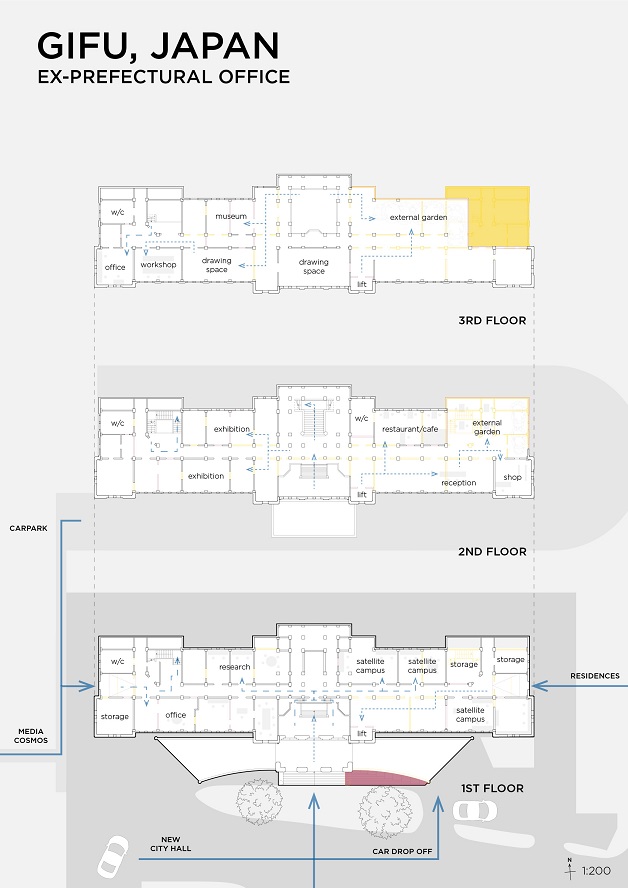