“..Finally, the city seems to rest, the pedestrians gone, the motor traffic slowed, the street darkened. But the daily cycle has been captured, as cameras on the watertanks have recorded what the city has experienced during the day. Projected on the watertanks at night, the city and its people recapture its events. As if the city dreams of itself and its stories. With a rhythmic sequence, changing daytime-images projected onto the watertanks create a sense of pulse. They will blur into one another.

Moving through the city, people remember the activity and vibration of the day, and the images of the silent memory on the watertanks embrace the city at night. The watertank footages are the cycle of urban life, memories of the past, billboards of the future.” (With Hoon Cho and Mike Null, Chicago) 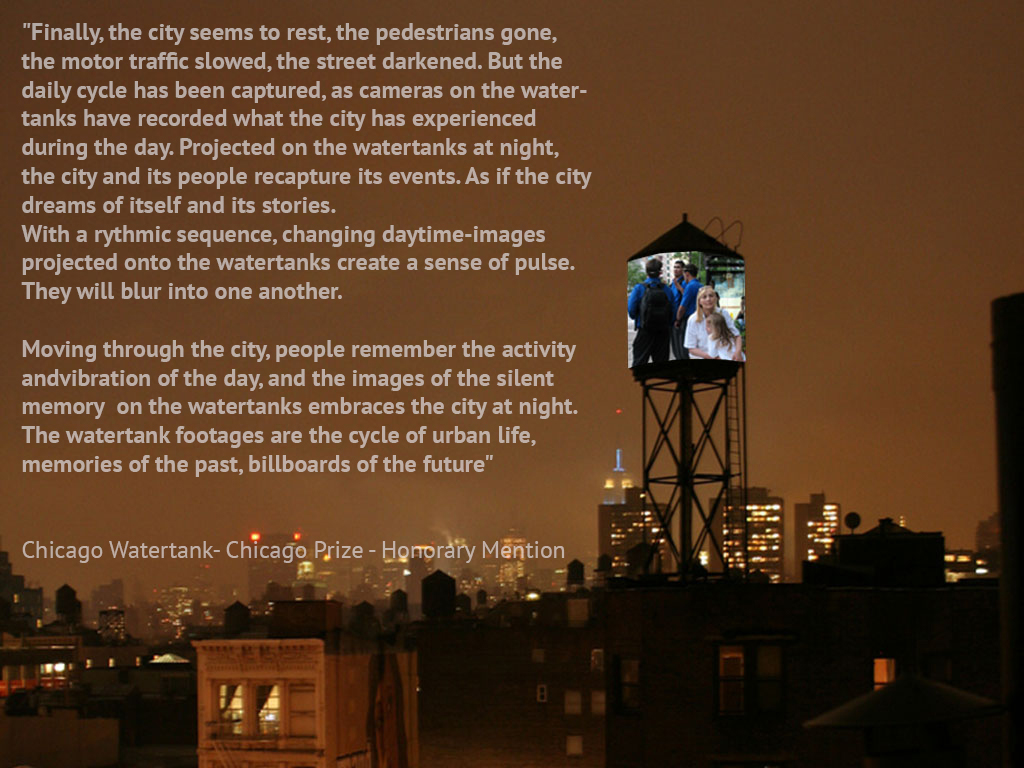