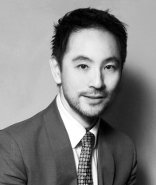 Born in Singapore in 1968, Ong Tze Boon graduated with honors from the University of California, Berkeley in 1991. Armed with a William March Rice Scholarship, he went on to Rice University (Houston, Texas), where he received his Masters in 1993. Tze Boon was also recipient of the Gadsby Trudget Traveling Fellowship in 1989; his academic works and masters thesis, Music as a Generative Process in Architectural Form and Space Composition, were selected for various publications.

After graduation, Tze Boon worked at the world renowned Frank O. Gehry & Associates in Santa Monica, California. He returned to Singapore in late 1994 and he joined ONG&ONG as an architect. In 2007, Tze Boon assumed the seat of Chairman, heading the quality assured ISO-certified practice with more than 300 staff then. Today, the group employs more than 1,000 staff and he continues to focus on growing the company regionally, in addition to managing client relations, exploring new opportunities and overseeing the day-to-day administration of key projects.

A cosmopolitan attitude pervades the office, spurred by Tze Boon’s efforts to recruit from all over the world, as the successful completion of hundreds of projects across various disciplines. The staff’s international mix lends a world-class design attitude and professionalism to the practice.

Furthermore, in support of continual education, Tze Boon initiated the very first travelling fund for students at the National University of Singapore School of Architecture in 1998. Known as the ONG&ONG Travelling Fellowship, this programme has since aided students in their overseas travels, in the pursuit of higher understanding and appreciation of architectural studies.

The practice consistently wins national and international building and design awards for its projects across the region. It has garnered awards for a breadth of work, which includes private and public housing, conservation, educational, public works, commercial projects and urban design.

Recent projects, and some of the accolades awarded them, include:

He is best known for his residential and mixed-use developments that include major projects in Singapore, Malaysia, Indonesia, Philippines and India. Over the years, Tze Boon has established a reputation as one of Singapore’s leading architects. His work has been published in books, journals and magazines throughout the world.

As contribution to the architectural community, Tze Boon serves actively in the Singapore Institute of Architects Council, and was named as President in 2015. He is also involved in education and, in 2009, was one of the chairpersons for NUS’ School of Architecture’s Tropical Architecture Workshop for year three students.

Tze Boon’s keen interest in information technology has also translated into initiatives that have automated work procedures and increased productivity in the practice, enabling it to compete in the new global business environment.

His interest, aside from Architecture, is promoting the entrepreneurial spirit amongst the young. Since 1998, Tze Boon has been active in the Singapore’s chapter of the worldwide Young Entrepreneurs Organization and was once appointed Regional Director of Asia Pacific – Singapore’s first-ever representation in the international arena. He is now a committee member for the Young Presidents’ Organization and had served as its Finance Chair.

A visionary, Tze Boon is constantly broadening the ONG&ONG reach. Having established offices in Vietnam, Malaysia, India, China, the USA, Indonesia, Mongolia, Myanmar, the Philippines and Thailand, plans are in the pipeline to expand into other cities, further underlining his goals to develop the ONG&ONG brand.

SUTDPillarAdministrator2018-03-01T08:51:42+00:00January 4th, 2016|Advisory Board, Advisory Board ASD|
Toggle Sliding Bar Area
We use cookies to ensure that you get the best experience while browsing our website. By continuing, you are agreeing to our Cookie Policy. To decline cookies, modify your browser settings at any time.Ok, I got it.X