The competition takes place as part of one of the biggest events in additive manufacturing.

About the project: Fungus-like additive materials
The missing piece of circular economy: large scale and sustainable 3D printing with the most ubiquitous natural materials.

Cellulose is one of the most abundant and broadly distributed organic compound and industrial by-product on Earth. However, despite decades of extensive research, the bottom-up use of cellulose to fabricate 3D objects is still plagued with problems that restrict its practical applications: derivatives with vast polluting effects, use in combination with plastics, lack of scalability and high production cost.

However, researchers from the Singapore University of Technology and Design (SUTD) have recently demonstrated the use of cellulose to manufacture/fabricate large 3D objects. Their approach diverges from the common association of cellulose with green plants and is inspired by the wall of the fungus-like oomycetes, which is reproduced introducing small amounts of chitin between cellulose fibers. The resulting fungal-like adhesive material(s) (FLAM) are strong, lightweight and inexpensive, and can be molded or processed using woodworking techniques.

This material is completely ecologically sustainable as no organic solvents or synthetic plastics were used to manufacture it. It is scalable and can be reproduced anywhere without specialised facilities. FLAM is also fully biodegradable in natural conditions and outside composting facilities. The cost of FLAM is in the range of commodity plastics and ten times lower than the cost of common filaments for 3D printing, such as PLA (polylactic acid) and ABS (acrylonitrile Butadiene Styrene), making it not only more sustainable but also a more cost-effective substitute. The researchers have furthermore developed an additive manufacturing technique specific for the material.

Co-lead of this research, SUTD Assistant Prof Javier Gomez Fernandez, also known for the development of Shrilk said: “We believe this first large-scale additive manufacturing process with the most ubiquitous biological polymers on earth will be the catalyst for the transition to environmentally benign and circular manufacturing models, where materials are produced, used, and degraded in closed regional systems. This reproduction and manufacturing with the material composition found in the oomycete wall, namely unmodified cellulose, small amounts of chitosan »the second most abundant organic molecule on earth« and low concentrated acetic acid, is probably one of the most successful technological achievement in the field of bioinspired materials.”

Co-lead SUTD Assistant Prof. Stylianos Dritsas, added: “We believe the results reported here represent a turning point for global manufacturing with broader impact on multiple areas ranging from material science, environmental engineering, automation, and economy. As so far we have focused on fundamental technology development, little time has been invested in specific target applications. We are now at the stage of seeking industrial collaborators to bring this technology from the laboratory to the world.”

With the increase in waste and pollution, the urgency for more sustainable manufacturing processes is growing. The establishment of a technology based on unmodified compostable polymers of great abundance that does not require cropland or forest resources, will foster the transition to environmentally benign manufacturing and a sustainable society.

Based on the principles of Shrilk, we have developed the additive manufacture with the two most ubiquitous organic polymers on Earth. The Fungus-like additive materials enable 3D printing in any ecosystem of the world without the need to transport material, being factually the missing piece for the global development of circular manufacture models based on additive manufacturing. This extend has been demonstrated by the production of many different objects, recently a 1.2m turbine blade was produced by additive manufacture. The blade material has a cost similar to commodity plastics and 20 times cheaper than common printing filaments (PLA, PETG, ABS…) and what is more important, is produced entirely with natural components, without modification, enabling is production and degradation seamlessly integrated with ecological cycles.

Write up about the competition from other websites 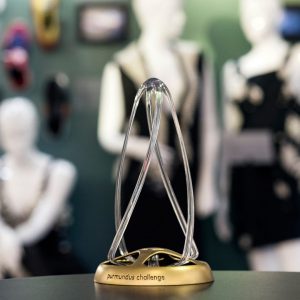 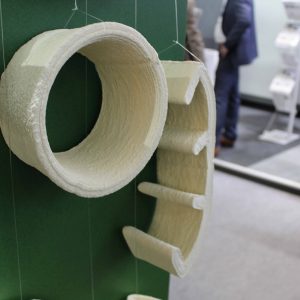