Social media data is increasingly being used to understand and influence behaviours. Despite wide ranging use elsewhere, its application is still yet to be translated into architectural applications. The workshop in Venice aims to explore the potential of Twitter as a passive means to read the social dimension of the urban landscape. New algorithmic methodologies are required to extract, visualize and validate data to provide useful insights and uncover behaviours of three chosen cities, Singapore, Kyoto and Venice. The workshop provided me with first-hand experience to compliment conventional urban analysis with these new methods of spatial enquiry.

Over the course of the workshop, we attempted to uncover the unseen mass behaviour of people of the city through geo-located tweets in Venice, Kyoto and Singapore between 2012 and 2015. We looked specifically at the usage over time, its residency and emotional sentiment of these tweets.

All of the cities studied are popular tourist destinations, the interaction between visitors and locals brings opportunities but also friction. By plotting the locations of local and tourist tweets, we can show the spatial distribution of locals and tourists in each city. 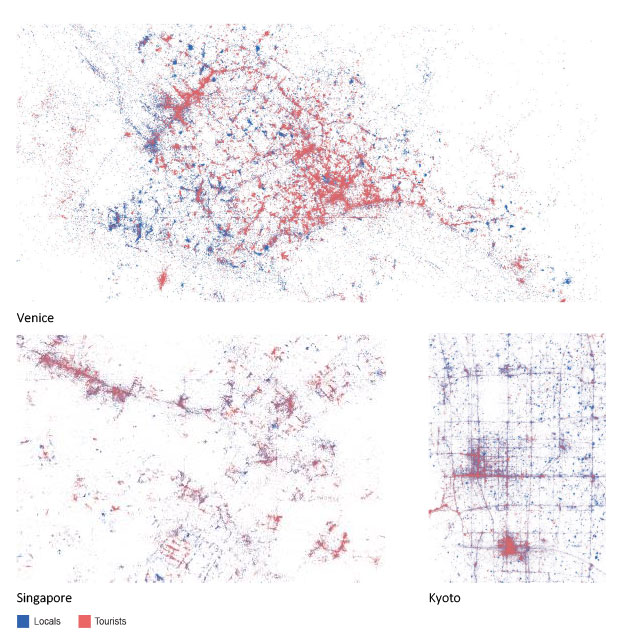 The movement of people in a city defines its flows and shows how different areas of action and quiet changes over time. Using the twitter data, we were able to find for each city the unique fingerprint of temporal activity. 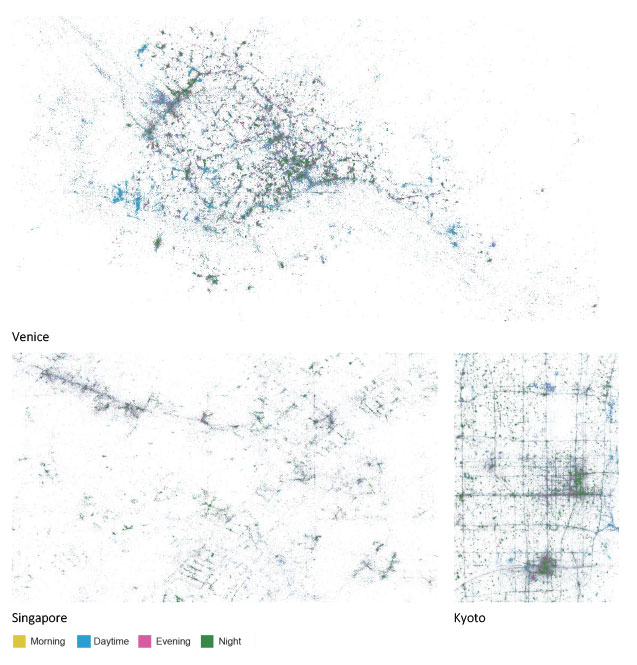 The emotional impact of a place is an important but equally hard to capture aspect. We tried to measure correlations between sentiment and location by showing tweets that use positive and negative emojis such as “heart” and “unhappy face” respectively. 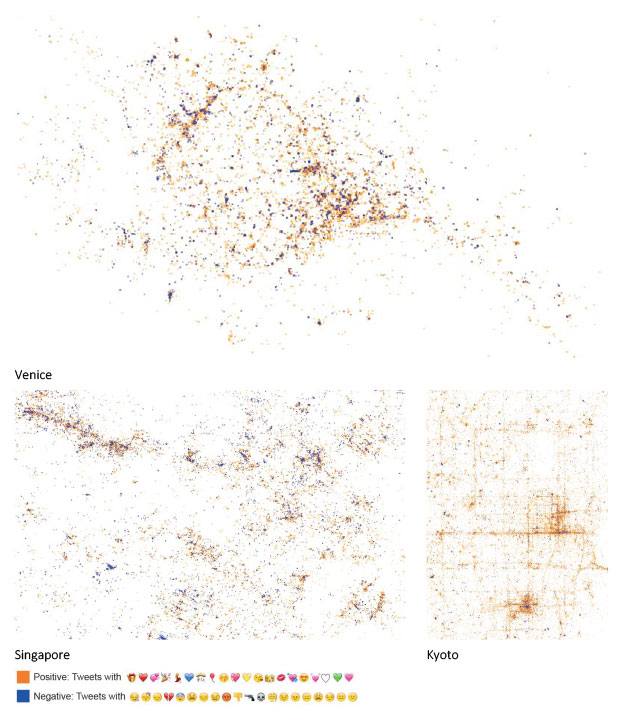 This workshop was conducted by Assistant Prof Sam Conrad Joyce.